This is an original Audion AudioTron. The Audion was developed by Lee De Forest, one of the first models of triode vacuum tube ever made, patented circa 1907. The Audiotron is aprox 4″ long, tubular, hand blown glass. Looks to be in good shape, though the label has come off in a few places and is a bit stained. Crazy RARE. The AudioTron tube first appeared in 1915, the product of Elmer Cunningham, who later became a key player in the RCA organization. Manufactured in Oakland, CA, it consisted of an aluminum plate and a spiral grid inside a double-ended glass cylinder. A center-tapped tungsten filament allowed one section to be used until failure, and then the second. Both could be used simultaneously for greater output. 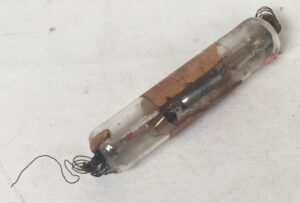 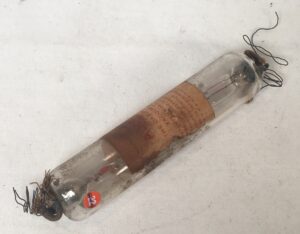 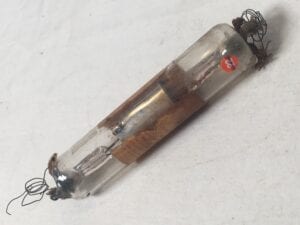 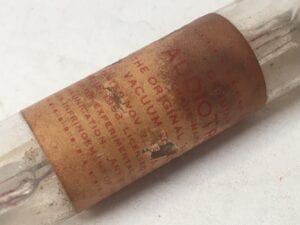 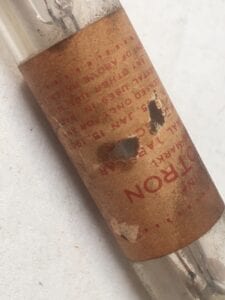 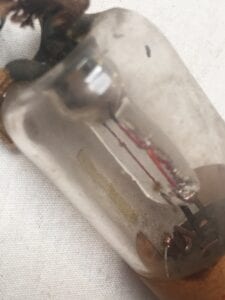 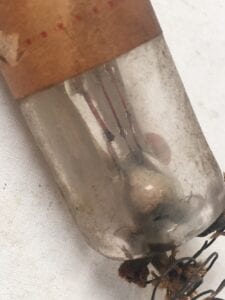