This is an extremely rare relic from the Tool recording sessions in 1992 for the “Undertow” album. It is a track sheet for the song “This Is Necessary, which was re-named “Disgustipated”. It was the song that was created from the sounds of two pianos being smashed by sledgehammers. Track sheet is original and is authenticated by producer Sylvia Massy. 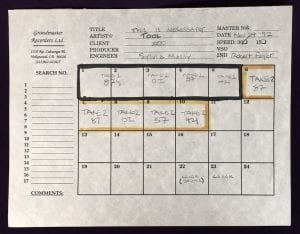 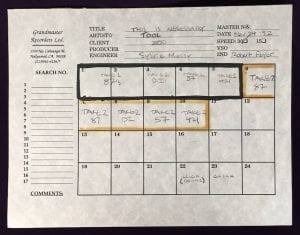 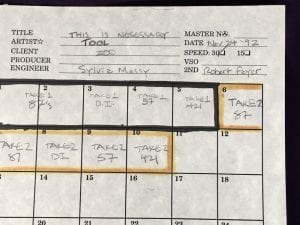 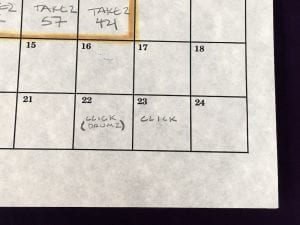 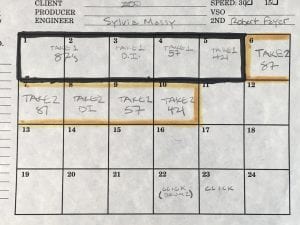 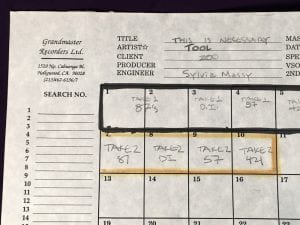 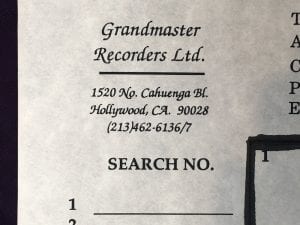 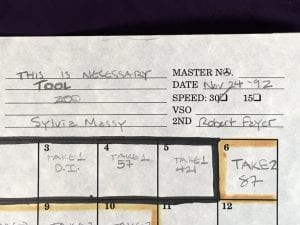